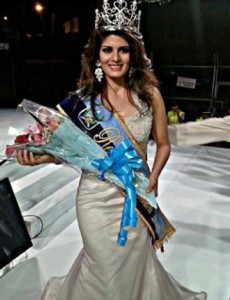 Catherine Cando, a 19-year-old medical student and part-time model, died while undergoing liposuction, a free procedure she won after being crowned in a local Ecuadoran beauty competition called the Queen of Duran. The prizes for winning the competition were
a new Aveo car 2015, a smart tablet, and a free course of cosmetic surgery treatment.

“Before having the surgery, she received a lot of calls from the surgeon trying to persuade her to do it, but she kept saying no,” her brother told local media. “She was thinking about letting someone else have it as a freebie but eventually she agreed to have it just to get him off her back.”

Even though the procedure was complimentary she paid ultimate price with her life.

Prosecutors are investigating the death due to malpractice. We are glad to hear that two doctors who performed the operation have been arrested on the charges of negligence.

Video of the Beauty Winning The Queen of Duran